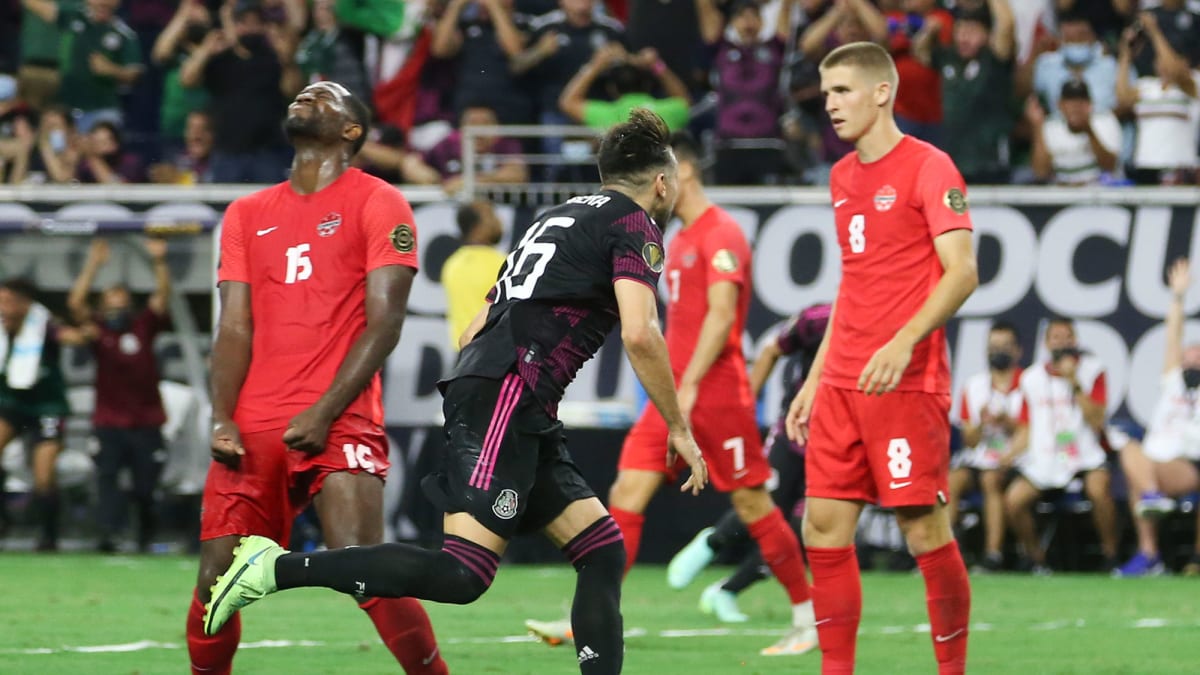 For the second time in two months, Concacaf has a US-Mexico final in his hands.

Hector Herrera’s goal in the ninth-minute injury time of the second half gave Mexico a 2-1 win over Canada in the Gold Cup semi-finals in front of a crowd of bosses in Houston, creating a US-Mexico title match on Sunday in Las Vegas. The match comes on the heels of the Concacaf Nations League final on 6 June that the United States won in extra time.

The United States broke the ticket with a 1-0 win over Qatar in Austin, Texas, with Gyasi Zardes’ 86th-minute goal the difference. Mexico also left it later, inflicting a dose of heartbreak on Canada after a valiant attempt to reach the level and threaten to win it.

But Herrera made a difference, shooting home after Rodolfo Pizarro cut a ball across the Canada area where the Atlético Madrid midfielder was waiting to strike.

Herrera and the Mexican players didn’t hesitate to run to celebrate with Jonathan Dos Santos, whose father, Zizinho, died last Thursday. Dos Santos chose to stay with the team and play the game after hearing the news.

Thursday was a game full of histrionics and controversy. Mexico received two penalties from VAR, with Orbelin Pineda converting the former in halftime injury time. Carlos Salcedo had his penalty shot in the 66th minute saved by Maxime Crépeau, the Vancouver Whitecaps goalkeeper who made several key saves to keep Mexico at bay.

Tajon Buchanan scored Canada’s equalizer in the 57th minute, freeing himself on the left side to take down Mark-Anthony Kaye’s long diagonal before beating Salcedo and finally goalkeeper Alfredo Talavera for a 1-1 draw.

The match ended with so much downtime due to Concacaf’s anti-discrimination protocol, which went into effect after the anti-gay chorus for which Mexico fans were repeatedly punished made its way around the NRG stadium. The referees paused the game for a few minutes as the first step of the protocol, resulting in the significant amount of additional time added after the 90 minute mark.

Mexico will look to add to its total Gold Cup title record, which currently stands at eight. The US is trying to close the gap by adding what would be a seventh title, which they can do if they are able to catch up with the events of two years ago.

In the last final match between Mexico and the United States at Soldier Field in Chicago, Dos Santos scored the winning goal sensationally in a 1-0 triumph.