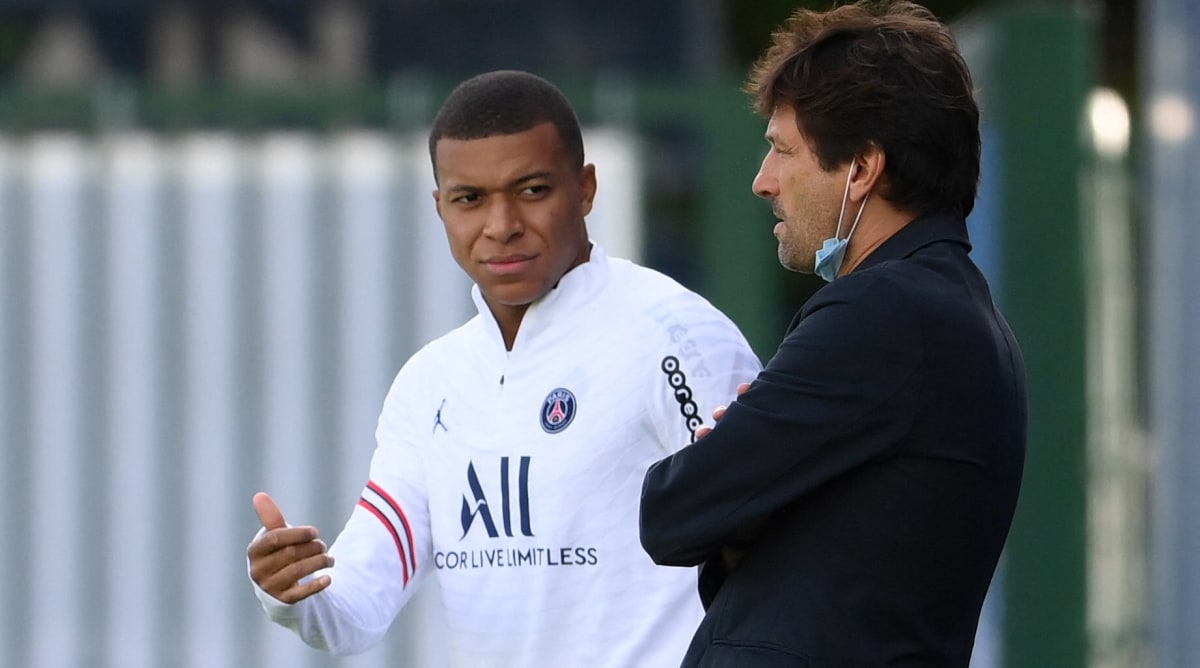 Paris Saint-Germain sporting director Leonardo said he expects Kylian Mbappé to remain at the club after this season, despite Real Madrid’s attempts to sign the French star.

The 22-year-old has yet to sign a contract extension despite the club’s multiple offers and his current contract expires at the end of the season meaning he is free to sign a pre-contract deal with clubs outside of France in January. .

“I don’t see Mbappe leaving at the end of the season,” Leonardo told French broadcaster Canal + on Tuesday. “The relationship that Kylian has with PSG is profound. Nobody is thinking about the future of PSG without Kylian. I can’t imagine it.”

“Honestly, we weren’t happy with Real Madrid’s behavior,” said Leonardo. “The opening of negotiations for one of the best players in the world in the last week of the transfer market caused a situation that we did not like. Our position was clear with the offer. It was not enough for us. It was less than what we paid.

“The last offer we are talking about never arrived. You can’t schedule a transfer market for two, three or four months and change your plans like that.”

La Liga president Javier Tebas responded by saying that PSG have “ruined football” with their approach to spending, also confirming that Real Madrid have enough money to sign both Mbappé and Borussia Dortmund star Erling Haaland.

“[Real] he has enough money to sign both [Kylian] Mbappe and [Erling] Haaland together. They didn’t lose any money. Plus, they sold assets, ”Tebas said spanish outlet Cope.

“What is not understandable is that whoever loses 400 million, spends 500 million salaries and can still refuse offers like the one for Mbappé. The rules in France are failing, they are damaging the European market. The UEFA system is wrong.”

Wednesday in the Champions League against Club Brugge, Mbappé, Neymar and Lionel Messi are expected to play together in an official match for the first time since Messi’s sensational move to PSG this summer.